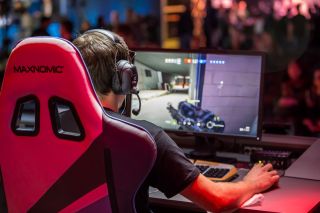 With no football on, you might have found yourself with a bit of spare time recently. Oh, alright, a lot of spare time. Fine: more time than you could possibly know what to do with.

They say William Shakespeare wrote King Lear while quarantined during the bubonic plague. After all, there wasn’t any Premier League on during that either. Knowing that, you may consider what projects you could have embarked on or skills you could have picked up during lockdown and regret spending all your time playing FIFA.

But you know what? You shouldn’t. Because while Lear did naff all to contribute to the fight against the plague in the early 17th century (cheers for nothing, Will), over $6.5 million has already been raised for global charities tackling COVID-19 through playing video games.

Gamers Without Borders has brought together – er, virtually, of course – over 120,000 gamers from 72 different countries to become the biggest esports charity event ever during the coronavirus pandemic.

Over here, Tottenham’s Dele Alli and Kyle Walker-Peters have even got involved, taking on some of the world’s elite Fortnite players.

My setup for the Gamers Without Borders tournament tonight! I’ll be taking part in @gwbps #fortnite tournament where a $10 million prize pool will be donated to charities fighting COVID-19. Join me and @kwp as we will try our best against 50 of the world’s best #fortnite duos 🙈 Click the link in my bio at 6pm to watch the action! 🙌🏽 #ad Dele

And sure, they might be better footballers than Fortniters, but how many of their online opponents have pulled out a Fortnite dance as a goal celebration at Wembley? FFT reckons Dele might have the upper hand there, though the man himself admitted he finds the day a little easier.

"I feel a lot more nervous playing in this than I do in stadiums! It’s very tough," he explained. "They’re very good but I’m trying!”

The Gamers Without Borders event has been running since April 24, and will continue until June 7, with the eventual $10m total prize money all going to charities dealing with the effects of the coronavirus pandemic. On top of that, all of the proceeds from sponsorship are also being donated to charity. (Starting to look a bit embarrassing for Shakespeare now, really – like Watford in last season’s FA Cup final.)

Organised by the Saudi Arabian Federation for Electronic and Intellectual Sports (SAFEIS), there have been two levels to the competition – an amateur community battleground for gaming fans, and an international elite level, where the very best players on the globe are going head-to-head for the cause. Think your Ronaldos, your Messis.

It’s been a veritable World Cup, on an almost unimaginable scale: there have been 20,000 matches – totalling over 4,000 hours – on games including Fortnite and Rainbow Six: Siege. Those amateur community tournaments have comprised more than 150 marathon and Games of The Week sessions, with 900 winners, winning prizes worth around $250,000.

At the elite level, they’ve reached a global audience of more than 42 million through social media video views. To put that in perspective, the number who watched Manchester City vs Manchester United in 2012 – the UK’s biggest ever draw for a Premier League game – was four million.

It’s still going on – so if you haven’t caught any of it so far, there’s still plenty of time time to join millions of others.

The money raised so far has gone to the likes of  UNICEF, the International Medical Corps (IMC), International Telecommunication Union (ITU) and GAVI, the Vaccine Alliance to the King Salman Humanitarian Aid and Relief Center (KSRelief), Direct Relief and Norwegian Refugee Council. Those funds are used directly on projects helping fight the global spread of COVID-19, including awareness programs, support for children and young people, and life-saving medical supplies.

And the more they raise... well, the faster football comes back.