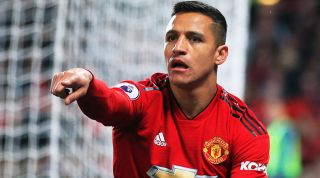 Alexis Sanchez agreed to join Inter after being told that he would only be selected for Manchester United's cup games this season, write the Daily Star.

The Chile international moved to Serie A on loan this week after falling out of favour at Old Trafford.

And the former Arsenal forward made up his mind about the move after being warned by Ole Gunnar Solskjaer that he would not be considered for Premier League action in 2019/20.

Solskjaer was keen to get rid of Sanchez after the 30-year-old failed to make an impact in his 18 months at the club.

There were some suggestions that Sanchez could stay and fight for his place, but Solskjaer explained that he would only be used in the Europa League, FA Cup and EFL Cup.

And that intervention persuaded the ex-Barcelona man to join Inter until the end of the campaign.