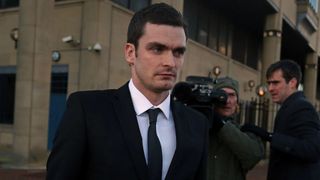 Sunderland manager Sam Allardyce has confirmed that Adam Johnson will not be included in Sunderland's squad to face Manchester United in the Premier League at the Stadium of Light on Saturday.

Johnson pleaded guilty to one count of sexual activity with a child and one count of grooming at Bradford Crown Court on Wednesday.

He continues to deny two charges of sexual activity with a girl under the age of 16 and will be on trial from Friday.

Following his arrest and subsequent bail last March, Sunderland suspended Johnson before clearing him to return to first-team duties when his bail was extended by Durham Police.

But Allardyce will not be calling on Johnson for the visit of Louis van Gaal's men and had no update to offer on what would happen with his player for the remainder of the season.

When asked if he would be in the squad, Allardyce replied: "No. Johnson won't be available for this weekend.

"I don't know [about the following games]. We will see how it goes beyond that."