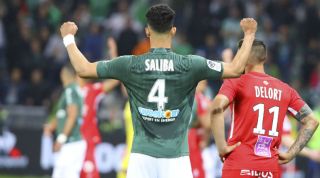 Saliba has attracted interest from a host of clubs this summer after cementing his place in Ligue 1 last season.

Arsenal, who have made a centre-back one of their top priorities in this window, have reportedly been working on signing the 18-year-old since April.

However, Telefoot understand that Saint-Etienne will sell Saliba to Arsenal and the Gunners are now believed to be finalising a deal worth €30m.

There are said to be some details to settle in a move that would see Saliba loaned back to Saint-Etienne for the 2019/20 campaign.

Saliba featured for France Under-21s at this summer's European Championship.