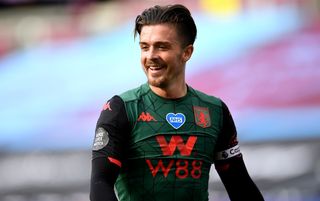 Aston Villa and Sheffield United both have their sights set on establishing themselves as top-flight regulars. It's not going to be easy with so much competition this season.

Home side Villa only just missed the drop last season. It went down to the wire but this time around, they've managed to bulk out their squad with some reinforcements.

Ollie Watkins arrives from Brentford having worked with Dean Smith before, while former Chelsea star Bertrand Traoré signs for £17m from Lyon. There's a new custodian in Emi Martinez between the sticks, too - he's joined from Arsenal for £20m.

Perhaps the most important signing of them all, however, is Jack Grealish. The Peaky Blinder of the Prem, captain and hometown hero has committed himself to a bumper new deal in the midlands amidst interest from elsewhere.

Sheffield United have had a quieter window but after a fantastic first season back in the big time, they had a lot less work to do in rebuilding the squad.

Chris Wilder will be concerned though with quite how easy Wolverhampton Wanderers found it to break down his team. Wolves were excellent last week at Bramall Lane admittedly, but the Blades found it particularly difficult to break down their defence.

Tonight offers redemption for Sheffield United, who will be keen to get off the mark and get some revenge on Villa, after that infamous goal-line technology failure that cost Wilder's men three points when these two clubs met in this fixture, in the first game after lockdown.