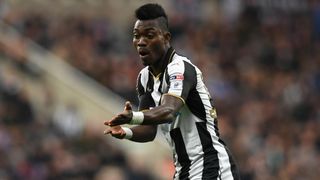 Newcastle United have signed winger Christian Atsu from Chelsea on a four-year deal following an impressive spell on loan.

Rafael Benitez was pleased to secure the 25-year-old's services on a long-term contract for an undisclosed fee, subject to a work permit.

"He's shown us that he's a good professional and someone who is very keen to learn and improve.

"Christian has been a key part of our promotion campaign and he wants to help us to build something for the future."

Benitez confirmed his own commitment to the club this month after receiving assurances from owner Mike Ashley over his budget for player signings.