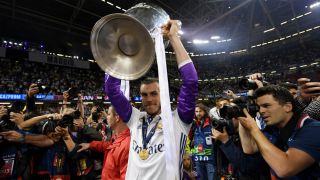 Reports in L'Equipe on Friday suggested Madrid boss Zinedine Zidane told Monaco's highly sought-after teenage forward Kylian Mbappe that he would be willing to sell one of Los Blancos' famed 'BBC' of Bale, Karim Benzema and Cristiano Ronaldo to sign him.

Ronaldo's own future in the Spanish capital remains in doubt with speculation he is keen to leave following accusations he defrauded Spanish tax authorities out of €14.7million, claims he strenuously denies.

Madrid president Florentino Perez insisted that the club are "not contemplating" selling the Ballon d'Or winner, though, and Bale has been consistently linked with a return to the Premier League to join Ronaldo's former club Manchester United.

"I'm feeling better than ever and can't wait for the new season to start," Bale is quoted as saying by several British newspapers as part of his ambassadorial role for Altitude Resistance Mask.

"I'm hungrier than ever to win more trophies for the biggest club and best fans in the world."

Training with my ahead of preseason. Huge year for club and country, find out more at June 23, 2017

For further information on the Altitude Resistance Mask or to order one for £69.99, head to https://altitude-mask.com