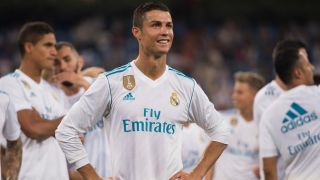 Ballon d'Or holder Cristiano Ronaldo, the hot favourite to retain his crown in 2017, has been included in the final group of nominations for the award.

Ronaldo, who won LaLiga and the Champions League with Real Madrid last season, is joined by club-mate Isco in the last quintet of nominations revealed by organisers France Football.

All 30 nominations for this year's prize have now been confirmed, following six separate announcements throughout Monday.

Last year's other podium finishers, Lionel Messi and Antoine Griezmann, were among the earlier selections.

Last year's award, which was the first since France Football and FIFA's collaboration ended, saw Ronaldo win the game's most prestigious individual honour for a fourth time.