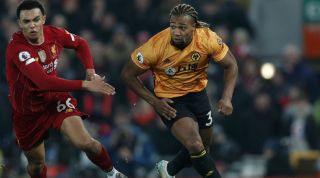 Traore has enjoyed an impressive season with Wolves - establishing himself as one of their most important players.

The Spaniard of Malinese heritage has electrifying pace and, this season has improved his final ball so much so that his assist count now exceeds his goals scored.

Top clubs from around Europe are reported to be keeping tabs on the attacker, including his former club Barcelona.

Since then, the 24-year-old had spells at Aston Villa and Middlesbrough, before joining Wolves in 2018.

In an interview with Mundo Deportivo, Traore said that decisions by those in the Barcelona hierarchy contributed to him leaving.

"I was in Barcelona for ten years. Someday I will tell the reasons for my departure but they had to do with certain decisions of some club officials," he said.

"There were things that I didn't like. Although I have no thorn stuck or resentment towards Barça.

"It would not make sense. There are more beautiful memories than bad ones in my memory."

When pressed about the possibility of playing for La Blaugrana's biggest rivals Real Madrid, Traore didn't shy away.

"I don't close any doors. I am happy in the Wolves and we have a great team professionally and also humanly," he added.

"It is impressive to see the work of physiotherapists now that [European competition] is coming.

"But if I have to go to Real Madrid, it wouldn't be a problem. I will decide based on the offers that arrive."