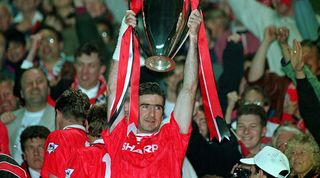 Five minutes on the clock, 22 clubs to guess. Because no, the Premier League hasn't always consisted of 20 clubs.

Remember to tweet your scores @FourFourTwo, and challenge some mates.

NOW TRY Quiz! Can you name every Champions League knockout club of the 2010s?

It was a time of VHS, not VAR. The Barcelona Olympics, not Barcelona emergency signings. John Major, not major UEFA bans for Man City.

It was a day that would change English football forever. But unlike the MLS, we have relegation over here, and the teams who competed in the inaugural Premier League season are not the same as those that feature in the league today.

So cast your minds back - if you're too young, who are the sides that your dad has bleated on about standing at the terraces of?

You've got five minutes - there's no time to waste!