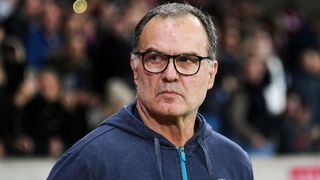 Mexico coach Juan Carlos Osorio has backed Marcelo Bielsa for success if he takes over at Leeds United.

Bielsa has been linked with a shock move to the Championship club, who sacked manager Paul Heckingbottom on Friday only four months after he was appointed.

Osorio, who has visited the former Athletic Bilbao and Marseille boss in Argentina in recent weeks, believes he could be the right man to take Leeds back to the Premier League.

"He's a top man," he told a news conference. "I think he's a top manager and he would do well.

"In my visit three weeks ago, I spoke to him and he mentioned it to me, and I'm very pleased.

"I think that [the] league, the Premier League and the English league, will be his ultimate goal and hopefully he'll get there. I think he will do very well."

Bielsa boasts huge experience as a head coach and is probably best known for his spells in charge of Argentina and Chile.

He was named new Lille boss ahead of the 2017-18 season but was suspended from duties in November after a wretched start, in which his side won only one of their first 10 Ligue 1 games.