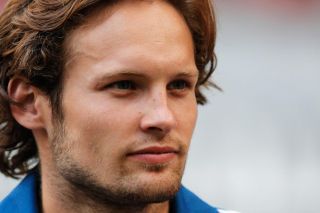 United revealed on Saturday that the Netherlands international is set to join the club, with Ajax announcing the fee to be £13.8 million.

And on Sunday, Blind - who impressed for his country at this year's World Cup under now-United boss Louis van Gaal - has all but confirmed his switch to Old Trafford with an emotional post on his Instagram account.

"Want to thank everyone for the wonderful years I've had from my 7th [year] to 24th!" he posted.