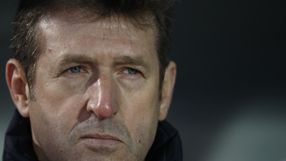 A home win over Luxembourg in Zenica on October 7 would seal a runners-up spot for Bosnia in Group D, where France lead the way with 17 points from eight matches followed by the Bosnians on 16 and Romania with 12 points.

Bosnia, who have never qualified for a major tournament as an independent nation, could win the group and advance to next year's finals in Poland and Ukraine when they face France in their final group match on October 11.

"We have to be realistic and admit that France are strong favourites, hence saying anything contrary or promising a win in Paris would be preposterous," Susic told a news conference after naming his 21-man squad for the two crunch qualifiers.

"I don't want to talk about the game against France because the imperative is to beat Luxembourg and finish as runners-up, which was my objective when I took over.

"I will field my best XI against Luxembourg and perhaps an experimental side against France, because I have two world class goalkeepers and several players I want to test for a possible play-off tie.

"We have to be focused against Luxembourg because it's a key match and they have nothing to lose," said former Yugoslavia forward Susic, who took over from Croatian Miroslav Blazevic in December 2009.

Susic, who played for Yugoslavia in the 1982 and 1990 World Cups, can choose between Stoke City's Asmir Begovic and Istanbul's Kenan Hasagic between the posts, while striker Sejad Salihovic has been ruled out with a long-term injury.

The winners of Europe's nine qualifying groups and the best second-placed team will qualify automatically for the finals while the other eight runners-up enter a two-leg play-off for the remaining four berths.