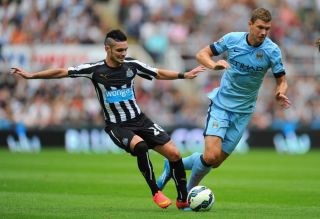 And while the 24-year-old was satisfied with his performance, he insisted there was still more to come.

"Perhaps I could have been more efficient to get a goal or an assist, that's what I like to do.

"But I was decent enough in the way I played, so I am satisfied. I was certainly not unhappy with my performance.

"Yet I know I can certainly build on it and I'm sure I will have more to offer in future weeks for Newcastle."

Cabella added: "For me, I now know what to expect from this league because I have played against the best team already.

"I just have to keep performing, to get better and to get more used to the Premier League.

"Manchester City was a big test for me and for the team and I think that it went well, even if we lost. I have learned a lot."