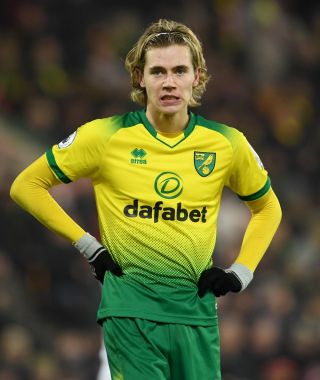 Todd Cantwell believes Norwich “are good enough” to stay in the Premier League but knows they must be more ruthless.

The Canaries began the new year sitting bottom of the table and were again punished for not seeing the game out in a 1-1 draw against Crystal Palace at Carrow Road on Wednesday.

Cantwell had given City an early lead before substitute Connor Wickham levelled with five minutes left after a VAR check, with the goal having initially been ruled out for offside.

It was the fifth successive home game Norwich had been unable to hang on to a lead and the sixth in eight overall, leaving them seven points adrift of safety.

Cantwell said on the club’s official website: “We’re all very disappointed. It feels like a loss because for pretty much the whole game we were in the lead.

“We defended so well but to concede a goal right at the end is horrible.

“When we are on top in a game, I think we are just missing that clinical edge. We have to put a couple away and not leave a game so open towards the end.

“It feels a little bit unlucky that these things keep happening. We played well for a large part of the game but again, we only leave with one point.

“We know that we are good enough. We’ve played against a lot of teams now and I don’t think we need any more confidence. We’ve taken it to the very best teams.

“If we seal off games, we’ll get the points that we need to catch teams up quickly.”

The teenager, who turned 18 last month, told the Palace website: “The gaffer [Roy Hodgson] and Ray [Lewington] just kept telling me to keep warm and when I came back they told me to get my shin pads on because I was coming on. I was excited but I kept it inside.

“When I came on I was just thinking ‘How can I affect the game?’ and I just thought ‘try and run, try and run’. And when I was running I passed it to Wilf [Zaha] and that’s how we got our goal so that was a great moment for me. That was a bonus.”u