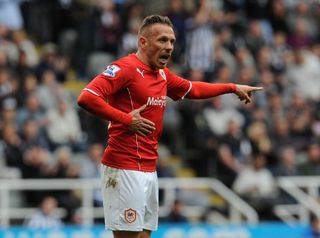 Cardiff have said academy players faced an “unacceptable coaching environment” at the club following an investigation into allegations of bullying and abuse against former under-18 coach Craig Bellamy and others.

The internal investigation, which was conducted by Cardiff’s head of safeguarding and overseen by a senior board member, highlighted “a number of significant concerns” at the Sky Bet Championship club.

Former Wales star Craig Bellamy, who stepped down from his position in January while the club conducted its investigation, signed a three-year deal in June to become the Under-21s coach at Belgian club Anderlecht.

The PA news agency understands no current academy coaches at Cardiff have lost their jobs in the wake of the investigation report’s findings.

A club statement read: “Cardiff City Football Club can confirm that a comprehensive investigation into accusations of bullying and abuse by current and former employees has been concluded.

“The investigation, commissioned under the direction of Capital Law Ltd, conducted by the club’s head of safeguarding and overseen by a senior member of its board of directors, highlighted a number of significant concerns relating to an unacceptable coaching environment over the relevant period of time.

“This was magnified due to the lack of effective safeguarding processes being followed. Cardiff City Football Club regrets the impact this has had and any distress that may have been caused to those affected by the investigation process that has followed.”

“We can provide reassurance that robust changes to procedures have subsequently been implemented and awareness of these issues will be reinforced for the protection of young players at Cardiff City Football Club,” the statement said.

“These plans and associated safeguarding education measures have been welcomed and endorsed by the associations and bodies referenced above.

“An independent audit of the club’s safeguarding provision by Barnado’s in April 2019 confirmed that the club is compliant with the Premier League’s safeguarding standards.

“The investigative report continues to form part of an employee disciplinary process and thus the club is unable to publicly provide specific details of matters relating to individuals.

“Cardiff City Football Club wishes to express its sincere thanks to the players, families and Academy staff that have assisted throughout the investigation.

“This engagement has allowed the club to address previous failings and implement processes and procedures in the most thorough way to prevent similar issues arising in the future.”