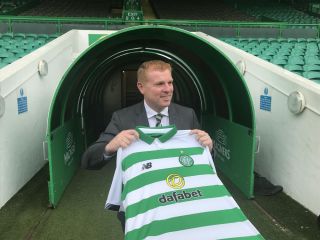 Lennon has signed a rolling 12-month contract, the same arrangement as his first spell in charge, after guiding the team to the completion of the treble treble.

Some Celtic fans had demanded a fresh appointment but the board have kept faith with Lennon after he did everything that was asked of him when he returned to the club following Brendan Rodgers’ sudden exit for Leicester in late February.

The management team also remains unchanged, with John Kennedy assisting Lennon and Damien Duff continuing as first-team coach after moving up from the reserves when Rodgers left.

Lawwell said at a media conference: “This is a very, very demanding job and there’s not many people that can do it.

“I don’t think you realise the challenges or intensity until you are actually in the job. You can ask Brendan, ask Martin O’Neill, ask Neil. It’s an amazingly difficult and challenging job.

“To have someone who knows it, who knows the city, who knows what’s required for Celtic to win, is a huge bonus.

“And having Neil from February, that continuity: he has had time to assess the squad, time to look at where he wants to strengthen. The continuity of Damien and John is very important.

“In football stability is everything and in the circumstances that we had in February, I think we have re-established stability and continuity pretty well.”

Lennon brought in the likes of Champions League finalists Virgil Van Dijk and Victor Wanyama during his first spell in charge between 2010 and 2014 and Lawwell admitted their working relationship in the transfer department was another advantage.

“It’s key, and of course we can hit the ground running,” he said. “We know each other well, there’s mutual respect. Neil’s a strong character, he understands the strategy of the club, he buys into that, and I’m sure we will get on great.”

Lennon was told talks on a long-term appointment would only take place after the season ended. But they came more quickly than anyone could imagine when he was offered the job in the shower area of the Hampden dressing room immediately after Saturday’s William Hill Scottish Cup final win over Hearts.

Lennon claimed he had rarely pondered his prospects but he admitted feeling huge pressure to follow Rodgers’ lead.

“It’s strange to say it but my whole focus was on winning the league and cup for the players and the club,” he said. “And if I got the job, great, and if I didn’t, then it was a brilliant experience.

“And it was a challenge. I was following in big shoes. Brendan had won seven trophies out of seven, a remarkable managerial performance.

“He had such an influence not only on the players but the staff, the structure he set up. You didn’t want to get that wrong. So it was hugely pressurised but a great, great challenge which I enjoyed immensely.”

Lennon had a difficult spell in charge of financially-troubled Bolton after leaving Celtic before a successful time at Hibernian which ended abruptly.

And the 47-year-old feels he has benefited from his time away from Parkhead.

“Last time I was a rookie manager if you want to call it that. Now I’m 10 years down the line and I am back on familiar territory with great backroom staff who were here under Brendan as well, and we have kept that progression and familiarity for the players as well.

“I am different, there is no question about that. I’m more rounded and very much looking forward to the challenge.”