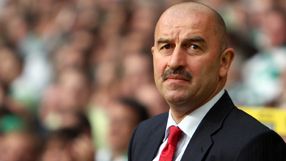 Cherchesov, who had been out of work since his last club Zhemchuzhina Sochi folded last month because of financial problems, had signed a two-year contract, Terek said on their website.

The 48-year-old replaces Isa Baltiyev, who was named the club's caretaker coach following the sacking of Dutchman Ruud Gullit in June.

Since retiring as a player in 2002, Cherchesov has held various coaching jobs including a one-year stint at Spartak Moscow, who sacked him in 2008 following a string of poor results.

Terek, run by Chechnya's Kremlin-backed leader Ramzan Kadyrov, are 11th in the 16-team Premier League midway through the season.