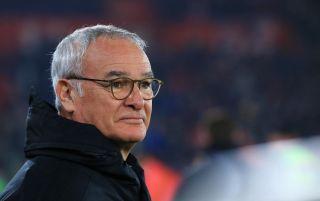 Claudio Ranieri has taken up the 20th managerial post of his career after being appointed boss of Sampdoria.

The 67-year-old Italian takes over from Eusebio Di Francesco, who left the club on Monday with Sampdoria sitting bottom of the Serie A table having lost six of their seven games.

Ranieri is back in work four-a-half months after a short spell at Roma came to an end with the capital club missing out on Champions League football.

Sampdoria is the 10th different Italian club that Ranieri has managed, with his longest stint coming at Fiorentina in the 1990s.

Since guiding Leicester to a stunning Premier League triumph in 2016, Ranieri has also been in the hotseat at Nantes and Fulham.

Ranieri has signed a contract until June 2021.