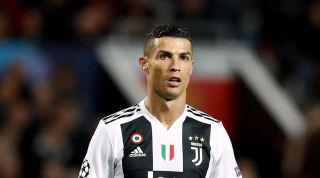 Cristiano Ronaldo believes he is better than Lionel Messi because he has enjoyed success at multiple clubs.

Ronaldo and Messi are widely considered the two best footballers in the world, and among the greatest of all time.

The Portuguese and Argentine have won 10 of the last 11 Ballon d'Ors, with each player scooping five apiece.

But Ronaldo, who is now aiming to win the Champions League with Juventus having already triumphed in the competition at Manchester United and Real Madrid, believes he has the edge over Messi, who has spent his whole career at Barcelona.

"The difference between me and him is that I went to different clubs and won the Champions League,” Ronaldo told DAZN.

“I have been Champions League top scorer six times in a row.

“There are many players who have won the cup five times. I identify myself with this competition.

“Messi is an excellent player, he will not only be remembered for the Ballon d'Or but also for being always at the top, year after year, like me."