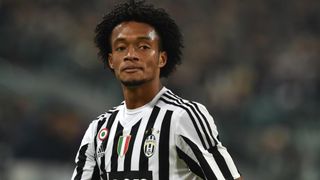 Juventus winger Juan Cuadrado says he and his team-mates must treat every game until the end of the season "like a final".

The Italian champions endured a difficult start to their Serie A campaign, winning just one of their opening six fixtures.

Things have since gotten better, with Juve on a run of seven successive wins, sitting just three points behind league leaders Inter.

"The unity of the group has been the secret of our comeback," Cuadrado told Sky Italia.

The Colombian international pin-pointed October's 2-1 derby win against Torino as a turning point in his and Juve's season.

Cuadrado scored the winner in stoppage time - his first goal in over ten months of competitive action.

"For me that was very important, because I was coming off a long drought," he said.

"For the team it was a point of inflection, we knew we had to win that game.

"Since we have gotten big results and we will keep playing every game like a final."