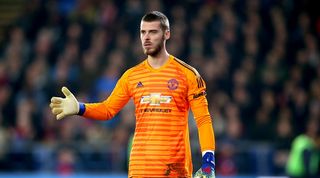 PSG are attempting to persuade David de Gea to join them on a free transfer in 2020, according to The Sunday Express.

The Manchester United goalkeeper is out of contract next summer and had been linked with a £60m move to the Ligue 1 champions ahead of next season.

However, PSG have reportedly told the Spaniard to stay put in 2019/20 before moving to the Parc des Princes for nothing in 12 months' time.

The French side have fallen foul of Uefa's Financial Fair Play rules in the past and therefore cannot afford another major transfer splurge this summer.

They would be free to sign De Gea on a pre-contract agreement on January and have told the former Atletico Madrid man of their plan to do so.

The goalkeeper would in turn be handed a significant signing-on bonus due to the fact that there would be no transfer fee involved.

De Gea has made 362 appearances for United since joining the club from Atletico in 2011.

The hangover: coming to terms with Leeds United's play-off heartbreak