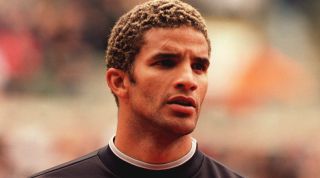 Former Liverpool and England goalkeeper David James believes that newly-crowned Premier League champion Alisson Becker could well be the best goalkeeper in Europe - but that he not be the player of the year for Liverpool.

James turned out for Aston Villa, West Ham United, Manchester City and Portsmouth - but it's the Reds that he's best known for playing for. The former England keeper played over 200 league games for Liverpool in the 90s and says that when he met current Liverpool no.1 Alisson, he reminded him that he played for the club before the Brazilian was even born.

"It’s difficult to say who the best goalkeeper in the world is because I haven’t seen all the goalkeepers in the world, but from the ones I have seen, which is pretty much all the European ones and the Premier League, he is the best," James said of Alisson.
"Even the game against Everton, he made a couple of saves which kind of get lost in him making big saves regularly, and gained a draw."

"The Liverpool side will deserve everything they get this season. Alisson missed a lot of games at the beginning of the season, so that might be the only thing that goes against him [in the player of year debates]."

Yes, Alisson made a couple of great saves again, steady and calm as anything. He’s the real deal. I did meet him at Melwood in the last year, his birthday’s in October, and I said “I played for Liverpool before you were born!” which was scary!

PREMIER LEAGUE Liverpool have won the Premier League – but can they win a place in history?

A former FA Cup winner at Pompey, James claims that one of his favourite things about Alisson is that he isn't a "look-good goalie" and never looks like he's under pressure.

"[Alisson] doesn’t have to fling his legs above his elbows to make a great save. When you do that, people don’t get as surprised, and don’t think it’s that good. We used to get told off for catching the ball if it was in the top corner, for doing photo saves."

"Alisson fits that mould. He’s definitely a major part of Liverpool’s success, and it’s a good shout, he could well put himself in the frame [for the award] - if not, I think it will be because he missed quite a few games."

These days, David James has turned his hand to art and writing, combining the two for a column in The Observer newspaper. The former keeper has designed a badge for the #PinYourThanks campaign which aims to raise money for NHS charities - with James's design resembling an eyeball with a rainbow iris and it is something that is close to his heart.

He said: "It’s not just because of the Covid-19 pandemic that I’ve done this - my mum, dad and a number of sisters have worked in the NHS, and do work in the NHS currently. So it’s been part of my life ever since I was a young kid.

"I know the hard work and dedication these guys put in. With the pandemic, it compounded what they had to do and how difficult the circumstances were for them to work in. It’s a bit more close to home than just observing the hard work they do from afar.

"Essentially it’s raising funds for NHS Charities Together. There's a number of other charities who will benefit from it. What the public has the opportunity to do is purchase some wonderful badges, designed by a number of people from different industries, and then give them to someone who they’d like to say thank you to, and raise funds for worthy causes.

"I do a lot of painting myself so the idea of getting involved in a badge design is wonderful. My first badge was supposed to go to the postman but I haven’t seen him for a couple of weeks."

#PinYourThanks is a volunteer-led, charitable U.K. initiative allowing people across the UK to give a heartfelt thanks, in the form of a beautiful pin badge, to those who have supported them during this challenging time. The collection includes unique designs from Keira Knightley, Ringo Starr, Joe Lycett, David James MBE, Dame Sarah Storey, Anoushka Shankar, and artist Ian Berry, as well as a special in-house designed pin badge (‘The Original’). Profits from the scheme go to Volunteering Matters and NHS Charities Together. www.pinyourthanks.org