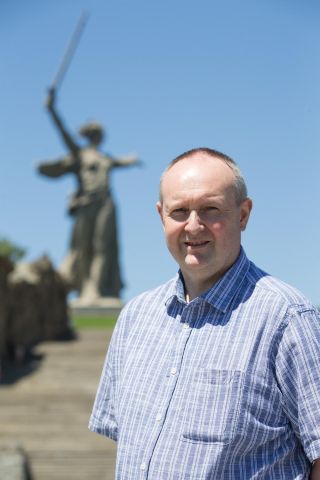 The officer in charge of football policing in the UK has called on clubs to prioritise police spending over “paying frankly ridiculous sums for sometimes average football players”.

Deputy Chief Constable Mark Roberts, the National Police Chief’s Council football policing lead, spoke out following the release of new data from the Home Office on the reporting of incidents, the issuing of banning orders and the number of football-related arrests in the 2018-19 season.

There were 1,007 football fixtures in England and Wales where incidents were reported in 2018-19, a drop of four per cent from the 1,050 reported the season before.

DCC Roberts felt the fact that the number remained over 1,000 was indicative of a reduced police presence and criticised what he sees as clubs at lower-league level treating policing as a low priority.

“There’s a problem with policing numbers at lower-league matches in particular,” he told the PA news agency.

“They’re more than happy to pay extortionate fees to agents for sometimes average players in terms of salary and transfer fees but the policing bill seems to be one they think they can cut back on, and I think that’s a false economy.

“Home Office statistics show football disorder remains at concerning levels – over the past two seasons, incidents reported are at more than 1,000 fixtures, and worryingly, this is becoming the new normality.

“With the absence of police officers to witness and respond, we are reliant on supporters and other agencies to report matters to us, so there could be a lot that goes unreported.

“There is also a reluctance from the leagues to share safety officer’s reports with us at a national level.”

There were 1,381 football-related arrests in England and Wales in the 2018-19 season, a 10 per cent drop on the previous campaign.

The clubs with the highest number of arrests were Stoke (80), Leeds (49) and Aston Villa (42) according to the data.

Stoke said in a statement released to the PA news agency: “The latest Home Office statistics do not make for pleasant reading but to provide some context 62 of the 80 arrests were as a result of anti-social behaviour that occurred both during and after the Checkatrade Trophy fixture against Port Vale in December 2018.

“Of the other 18 arrests, only five of those were made at home fixtures at the bet365 Stadium where, working in partnership with the police and authorities, we are continuing to do everything we can to try and eradicate anti-social behaviour from football.”

The figures also showed that the number of new football banning orders issued during the 2018-19 season rose by 19 per cent compared with the previous year.

Stoke were also the club issued the highest number of new banning orders during that time – 46.

Their Staffordshire neighbours Port Vale in League Two were second on the list with 31.

Supporters of Premier League club Newcastle have the most banning orders in force overall at 71, eight fewer than in the previous season.

The duration of a banning order, which are used to bar individuals from attending matches and in some cases can require them to surrender their passports ahead of overseas fixtures, can range from a minimum of three years up to a maximum of 10 years.

Roberts welcomed the increase in new banning orders, stating: “That’s a good thing – we’ve been a lot more proactive. We don’t want these people in football and banning orders are one of the most effective tools we’ve got.”