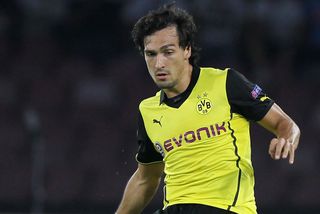 Hummels joined Dortmund from Bayern Munich in 2009 and has become an integral member of the first team at Signal Iduna Park.

The Germany international has reportedly attracted interest from the likes of Manchester United and Barcelona.

Reports had indicated that Dortmund would be willing to let Hummels leave for a fee of €35million.

However, the club's chief executive Hans-Joachim Watzke has rejected those suggestions.

"This is a complete non-story. There's no truth whatsoever in these rumours."

Hummels, who has won two Bundesliga titles with Jurgen Klopp's side, has a contract at Dortmund until the end of the 2016-17 season.