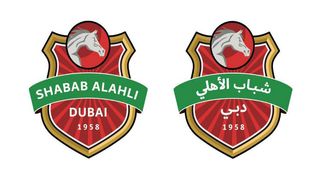 The news came as a shock to all three clubs, who only the night before were all involved in the draw for the UAE Pro League ahead of the 2017/18 season which kicks off later this year.

Sheikh Mohammed said that the decision was made to develop a club that can compete well regionally and globally. A provisional logo and strip have already been drawn up.

One of the three clubs, Al Shabab, had called a press conference to announce new manager Miroslav Djukic before it was quickly aborted in light of the drastic changes.

With Al-Ahli still involved in the Asian Champions League and a whole new squad needing to be produced, it is possible that the 2017/18 season campaign may now start with 12 clubs instead of 14. This may mean a possible return to the league for relegated clubs Baniyas and Kalba.

Or, in what would be a hugely beneficial move for Diego Maradona, there may be a play-off match involving the Argentine legend's new club Fujairah FC, who currently play in the region's second tier.