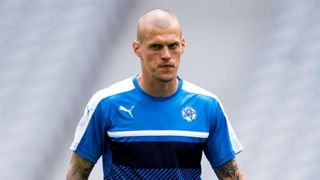 Fenerbahce have confirmed they have opened talks with Liverpool for centre-back Martin Skrtel.

The 31-year-old has been linked with a move to Istanbul for some weeks, with Fenerbahce president Aziz Yildirim claiming at the end of June that a deal was nearing completion.

The club announced on Thursday that formal discussions have begun with Jurgen Klopp's side with a view to concluding a deal soon.

Skrtel, who joined Liverpool from Zenit in 2008, made 22 appearances in the Premier League last season.