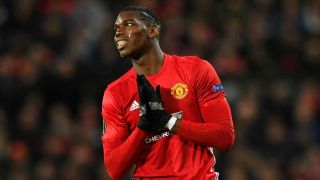 Paul Pogba's world-record transfer to Manchester United will be investigated by FIFA.

Alleged details of Pogba's £89million switch to Old Trafford from Juventus were leaked earlier this week.

Documents purportedly relating to the France international's move showed that his agent Mino Raiola stood to benefit to the tune of £41m off the deal.

A FIFA spokesperson told Omnisport: "We can confirm that FIFA TMS (Transfer Matching System) has been requesting information on this matter.

The deal that took Pogba back to United from Turin saw him become the world's most expensive player, breaking the previous record of £86m set by Gareth Bale's move from Tottenham to Real Madrid.

Raiola also represents a host of other high-profile players, including Pogba's United team-mates Zlatan Ibrahimovic and Henrikh Mkhitaryan, as well as the likes of Romelu Lukaku and Mario Balotelli.