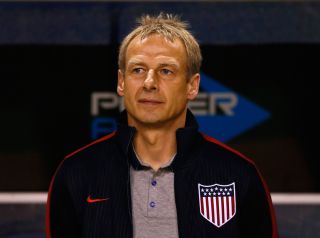 Julio Dely Valdes' charges trail fourth-place Mexico by three points, meaning they have to beat the USA and hope Mexico lose away to Costa Rica.

That scenario appears unlikely, with Mexico still harbouring hopes of an automatic qualification berth from the CONCACAF section.

But with the United States already confirming their place in Brazil next year, Panama will be confident of an upset against Jurgen Klinsmann's outfit.

If Panama are to secure an improbable intercontinental play-off with New Zealand they will have to arrest a run of four games without victory.

That included a 1-0 defeat to the United States in the CONCACAF Gold Cup final in July, but they will be well backed by the Estadio Rommel Fernandez Gutierrez support.

Panama's hopes of a play-off spot were dealt a blow after they lost 2-1 to Mexico on Saturday.

The United States are already assured of their place as group winners, as they hold an unassailable lead over second-place Costa Rica.

Klinsmann's team have lost just twice in nine outings in the CONCACAF group, and their latest success came with a 2-0 home success over Jamaica on Friday.

It took until the 77th minute to find the breakthrough as Graham Zusi netted before Jozy Altidore confirmed the win.

Panama's task is made even more daunting by the USA's recent form.

The United States have tasted defeat just once in 15 matches and head into the fixture in buoyant mood following Friday's success.