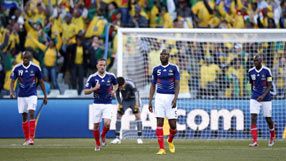 "We want to do a good deed," Diarra told French radio RTL on Tuesday. The squad are due an estimated two million euros in bonuses, their share of sponsorship revenue which is unrelated to footballing performance.

The players will now discuss with the French Football Federation their plan to give the money to charity.

France were eliminated in the first round of the World Cup in South Africa in June when the players also went on strike to support Nicolas Anelka after the striker was kicked out of the squad for insulting then-coach Raymond Domenech.