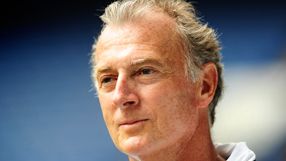 Francis, who in 1979 became the first player in British football to be transferred for one million pounds, was taken ill on Friday.

"Thankfully the former striker and manager is recovering well and should be able to return home within the next week," his old club Birmingham City said on their website.

"Trevor's family have informed the club that he has been touched by the incredible amount of support that Bluenoses [Birmingham fans] have shown since hearing the news."

The 57-year-old won two European Cups with Nottingham Forest after joining the club from Birmingham.