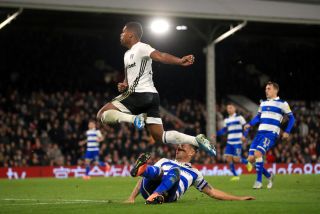 Fulham have completed the permanent signing of winger Ivan Cavaleiro from Wolves.

Cavaleiro, 26, who joined Fulham on a season-long loan in July, has agreed a four-and-a-half-year contract with the Londoners.

The Cottagers said on their official website: “The club is pleased to confirm that the permanent registration of Ivan Cavaleiro as a Fulham player has been completed.

“Cavaleiro will remain at Craven Cottage until the summer of 2024, with a club option to extend the deal by a further year.”

The Portuguese has scored five goals and registered six assists in 23 Sky Bet Championship appearances for Scott Parker’s side this season.

Cavaleiro joined Wolves from Monaco for £7million, then a club record, in 2016.