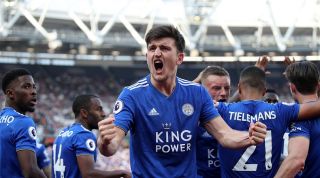 Manchester United are still hopeful of beating Manchester City to the signing of Harry Maguire, report The Sun.

The local rivals are both desperate to land the Leicester defender, who is valued at £80m by his current employers.

Maguire would prefer to join Pep Guardiola's side because he believes he would have a greater chance of winning trophies at the Etihad Stadium.

However, City are unwilling to meet Leicester's asking price and are instead offering around £60m.

United are prepared to pay more than that for the England international, which keeps them in the hunt.

Maguire reportedly has his heart set on City but may have to reassess his options if the Premier League champions do not increase their bid.

Forget the hysteria: VAR can work – it just needs time