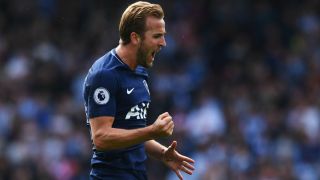 Real Madrid midfielder Toni Kroos talked up Harry Kane, but he was unwilling to be drawn on whether the LaLiga champions should buy the Tottenham star.

Kroos, 27, was among five Madrid players named in the FIFA FIFPro XI of 2017 on Monday.

There was no place for Premier League Golden Boot winner Kane, with the top three in the Best FIFA Men's Player – Cristiano Ronaldo, Lionel Messi and Neymar – making up the attack.

Kane has continued his impressive form to start this season, leading to reports Madrid are interested in the England international, and Kroos praised the 24-year-old.

"That's not my job," the Germany international said.

"He's a good player, you don't score so many goals in the Premier League if you're not a good striker of course.

Madrid became the first team to defend the Champions League in 2017, and Kroos hopes they can complete a hat-trick of European successes.

"It's been difficult the last two years," he said. "What I can promise is we will try everything to do this again but there are many good teams around us so it's going to be difficult.

"Every year, it's Barcelona, you have great English teams, you have Bayern Munich. A lot of clubs want to win the Champions League.

"It's crazy that we did it back-to-back – that never happened before so this is very good and very difficult to defend this title."