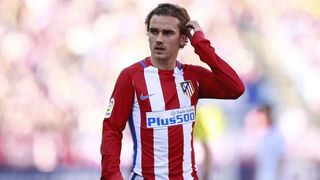 Griezmann, 26, has been heavily linked with a move away, with Manchester United his reported destination.

But Cerezo gave a strong indication the France international would remain at Atletico, who are moving to their new stadium – the Wanda Metropolitano – next season.

"He will be at the Wanda Metropolitano," he told Telecinco when asked if Griezmann would stay at Atletico.

Griezmann enjoyed another fine campaign at Atletico, scoring 26 goals in all competitions.

Earlier this week, he rejected claims his deal to United was done, while Jose Mourinho said any transfer deals were in the hands of the Premier League club's executive vice-chairman Ed Woodward.