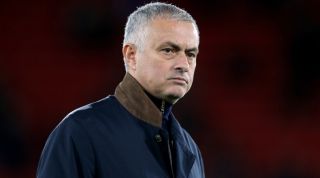 The highest paid football managers in the world have been revealed by France Football magazine – and the results are a little surprising.

Two of the top five – Jose Mourinho and Thierry Henry – are currently out of work.

Mourinho was sacked by Manchester United in December, but received an enormous £19.6 million payout as part of the severance package. He, at least, has an impressive record in the dugout, having won two Champions Leagues and eight league titles.

Henry lasted just three months in his first managerial job at Monaco before being relieved of his duties, but still has the pulling power to rake in more than £20 million – more than Manchester City’s Pep Guardiola and Barcelona’s Ernesto Valverde.

Top spot, however, goes to Atletico Madrid’s Diego Simeone, who will earn £35.4 million this season.

NEW The 20 highest-paid footballers in the world have been revealed – but is Messi or Ronaldo top?