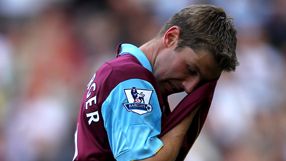 Hitzlsperger, who has been without a club since recovering from a long-term injury, has been training with Everton and signed a deal through until January, the Premier League side said on their website

Providing international clearance is processed in time he will be eligible for Everton's match at bottom club Queens Park Rangers on Sunday.

The 30-year-old former Stuttgart player, who earned 52 Germany caps, has had previous spells in England with Aston Villa and West Ham United.