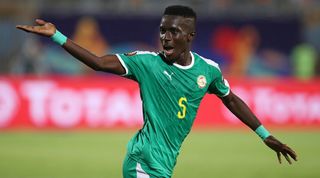 The Ligue 1 champions tried to prise the Senegal international away from Goodison Park during the January transfer window.

Gueye expressed interest in making the move, but the Toffees managed to retain their player until the end of the season.

L’Equipe reports that PSG have now re-opened talks for the 29-year-old, who is currently on international duty at the Africa Cup of Nations.

Thomas Tuchel’s side have submitted an opening offer of €30 million, with negotiations set to continue over the next few days.

Gueye has a contract with Everton until June 2022 and was a regular fixture in Marco Silva’s midfield last season, making 33 Premier League appearances.