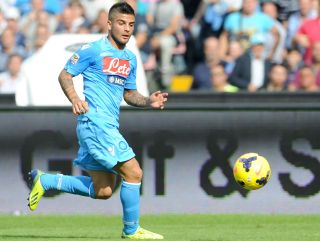 The 22-year-old has played in every game for Napoli so far this season, however, his only goal of the season came in the UEFA Champions League clash with Borussia Dortmund.

The forward was also guilty of missing a host of chances in Sunday's 2-0 win over Torino, with subsequent reports of disagreements with Benitez emerging.

Suggestions had been made that the Italy international may be left out of their upcoming clash with Fiorentina, but Antonio Ottaiano has denied there are any problems with the Spaniard.

"I honestly do not understand where this has come from," he told ArenaNapoli.

"There may have been something between the coach and the player during the game, but that was just to give advice.

"It's a completely normal thing. Lorenzo, as always, does what the coach wants him to.

"Napoli are a highly competitive team, and can only field 11 players. There is nothing abnormal about that."

Benitez has guided Napoli to seven wins in their opening nine games of the season and they sit in second place in Serie A, five points behind Roma but level with defending champions Juventus.