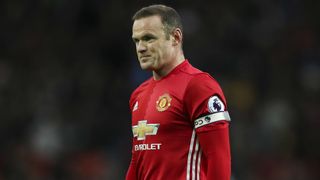 Everton skipper Phil Jagielka believes Wayne Rooney would be welcome back at Goodison Park, with the Manchester United captain no longer an automatic choice at Old Trafford.

Rooney has endured a difficult season in 2016-17, falling out of favour with both United and England as he struggles for game time in the Premier League.

The 31-year-old's situation has sparked rumours of a potential return to Merseyside, where he left for United in 2004 amid anger from Everton supporters.

But Jagielka feels all is forgiven at Everton as the centre-back encouraged Rooney's potential homecoming.

"Maybe a fresh start somewhere would help him or maybe he's a game away from being a hero again. He is an Evertonian and I am sure the fans would take to him," Jagielka said.

"He has built the bridges that he potentially burnt many years ago when he was a young lad and you’ll have to watch this space."

Jagielka added: "Obviously Wayne has got a long contract at Man U, he's still their captain. Just because he's not playing at the moment doesn't mean he is not a massive part of their team.

"Plus obviously you would need to speak to the manager and see if Wayne would fit into the jigsaw that the manager has got planned ahead for us.

"We still know he is a fantastic player and people are quick to jump on his back, but that is the way Wayne has had it for most of his career. So maybe a fresh start somewhere would help him or maybe he is a game away from being a hero again.

"So it is a difficult one. He is a good player and if you ask the manager whether he would like him or not I think that would solve it a bit quicker than most but I doubt he is going to give you that much information."