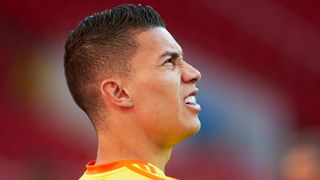 James Rodriguez has been ruled out of Colombia's World Cup last-16 tie against England after failing to shake off a calf problem.

The 2014 Golden Boot winner, on a two-season loan at Bayern Munich from Real Madrid, sustained the injury against Senegal in Colombia's final group game on Thursday and is not even fit enough for a place on the bench.

England make nine changes to the side that lost 1-0 to Belgium in their last outing with only goalkeeper Jordan Pickford and centre-half John Stones retained from that top-spot decider.

It is, however, the team that manager Gareth Southgate used for the tournament opener against Tunisia.