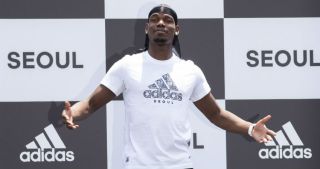 The global sportswear brand have a deal with Juventus that runs until 2027, and Pogba is a key Adidas athlete - but given that United are also in partnership with them, any involvement could be complicated.

Earlier this month, Pogba told reporters in Japan that now could be the "right time for a new challenge", putting his former club Juve and potential new suitors Real Madrid on high alert.

The World Cup winner has a contract at Manchester United until 2021 and Ole Gunnar Solksjaer has previously insisted that the club have no intention of selling him.

But now, according to Corriere dello Sport, a key differentiator in any potential deal could be the involvement of Adidas.

A fee for the Frenchman could climb to around £135m if he is to make a sensational return to Turin.