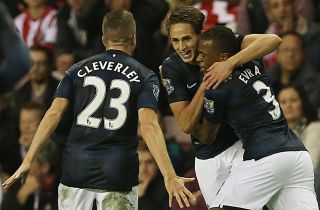 The Belgian-born 18-year-old burst onto the scene with a brace in United's 2-1 English Premier League win over Sunderland on October 5.

The Serie A champions have threatened to do to United what they did with Paul Pogba, who was signed for minimal compensation from the club in 2012 and is now worth millions.

Januzaj will be out of contract in June 2014 and Juve are eyeing another potential move.

"They are right, because frankly I don't understand how they got to eight months from the end of his contract without being able to renew it.

"He is a player of great quality and shows a lot of promise."