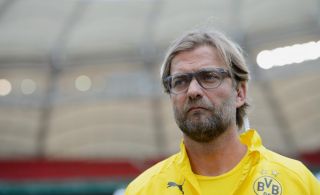 Klopp's men - second to Bayern Munich last season - face a difficult test against a side who finished fourth in 2013-14.

Speaking to reporters on Thursday, Klopp talked up Leverkusen's quality, but said it was up to his team to deny their opponents.

"Leverkusen already had quality last season. Their team got even better during the off-season but that does not surprise me at all," he said.

"Leverkusen have always been difficult to play against for us, but it's the same the other way round because we were difficult for them as well.

"On this first matchday, it's not a question of who's further in the season preparation, it's a question of who disrupts the other one most. That's what we are asking ourselves all the time.

"We didn't watch Leverkusen, only in Copenhagen [in a 3-2 UEFA Champions League play-off win], and we know that our opponents are very talented footballers, they play very vivid football.

"We prepared ourselves for that, and on Saturday we'll see where it gets us."

Dortmund will be without several players due to injury and a lack of fitness, including Germany international and World Cup winner Mats Hummels, who was named captain of the club.

Klopp said he expected the centre-back to return sooner rather than later.

"Mats needs a bit more training, and he will get it, especially since this position is the least of our problems," he said.