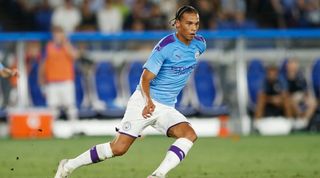 The Germany international has been heavily linked with a summer switch to Bavaria and Bayern boss Niko Kovac was even made to apologise to Pep Guardiola after saying he was “confident” a deal would be done.

However, the Telegraph reports that the Bundesliga champions will not get close to reaching City’s valuation of the player if German reports that they are set to make a bid of around €80 million are accurate.

Guardiola’s side have slapped a price tag of at least €150 million on the winger, who they still hope will sign a contract extension at the Etihad.

Senior club sources have told the outlet that a formal bid is yet to arrive and the 23-year-old has not shown any interest in leaving.

The Premier League transfer window closes next Thursday and it is understood that the champions would not try to replace Sane if he's sold before then.