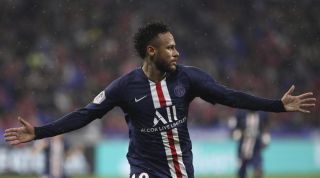 The Brazil international was heavily linked with a return to the Camp Nou ahead of the current campaign.

However, Barcelona were ultimately unable to prise the forward away from PSG, despite the French champions initially being open to his departure.

And Mestre, who left the Blaugrana in July, says Messi was a vocal proponent of Neymar's return.

"Last summer we consulted Messi about bringing Neymar back," he told Sin Concesiones.

"He's our captain and we were right to ask him, just as we would have with any former captain - like Xavi [Hernandez] or [Carles] Puyol - in this type of situation.

"Messi is consulted [on transfers] but he does not decide. But he loved the idea of signing Neymar.

"When Neymar left [in 2017], we had to replace him. Other clubs knew we had money and needed to make a signing, which was a problem. His sale is what broke the market.

"When I said I was 200% sure that Neymar would stay, it was because no one at Barcelona could imagine him leaving. Even his team-mates didn't expect anything.

"Bringing back Neymar relied on certain conditions being met: Barcelona being able to pay [the transfer fee], PSG being willing to sell, Neymar withdrawing his demands and apologising to the club and the fans.

Messi himself has been linked with a move away from Barcelona following a public row with sporting director Eric Abidal.

But Mestre does not envisage the Argentina international seeking pastures new this summer.

"I don't see him leaving Barca," the former vice-president said. "Everything is very integrated here. I don't see that Juventus or another club can offer the same as Barca."

Quique Setien's side face Getafe in La Liga on Saturday.