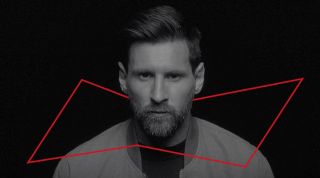 After months of speculation about his future, Barcelona captain Lionel Messi has signed a three-year deal with Budweiser in a huge coup. The Argentinian will become one of the global ambassadors of the company, and to introduce the collaboration, Budweiser have released “They Say” - a film designed and Messi’s journey of self-belief as he heads into his 20th professional season.

“I’m excited to partner with Budweiser to share my journey that was based on a determination to be the best player I can be,” Messi himself said of the partnership.

“Day after day, year after year, it took sacrifice and hard work to reach my dreams.  Hopefully fans around the world will find inspiration in my story to commit to their craft and never give up on greatness, no matter how hard the journey.”

Messi has had a busy summer to say the least.

Rumours of his unhappiness at Barcelona first appeared at the start of lockdown, following a couple of fallouts last season and a change in the management role when Ernesto Valverde was replaced by Quique Setien.

Barça's failure to retain their title was met by even more whispers of uncertainty. Of course, it all came to a head after the 8-2 defeat to Bayern Munich, with transfer gossip intensifying.

Leo may have quelled that recently, but he's still the most talked-about fooballer on Earth right now.

Whether or not Messi leaves Barcelona at the end of the season remains to be seen. At least, for now at least, he's signed a long-term deal with a giant of their particular field.