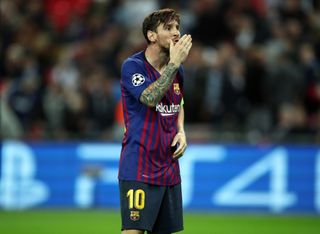 Lionel Messi has announced he will remain at Barcelona after days of speculation about his future.

Since making his debut for the Spanish giants in October 2004, the forward has gone on to establish himself as one of the greatest footballers of all time.

Here the PA news agency takes a look back at his career at the Nou Camp.