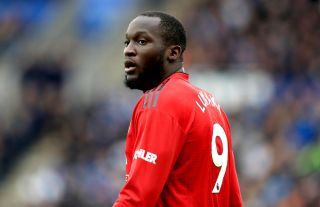 Transfer deadline day is again upon us and we will be on top of the biggest moves in English football throughout the day.

0710: Some early news regarding Romelu Lukaku just in as we understand Manchester United have agreed an 80million euro (£73.7m) fee with Inter Milan for the Belgium forward.

It is understood Inter have increased their bid after having a 60 million euros (£54m) offer rejected last month.

On Wednesday evening Lukaku’s agent Federico Pastorello posted a picture on Instagram of himself and the striker, accompanied by the words: “Ready to take off …. direction Milano.”

Chelsea defender David Luiz trained separately from the first team on Wednesday, with Arsenal understood to be pushing to sign the Brazil defender.

The 32-year-old signed a new two-year contract in May, with Chelsea straying from their standard practice of handing one-year extensions to players aged 30 or older.

Arsenal boss Unai Emery is expected to push to lure Luiz away from Stamford Bridge before the transfer window shuts at 5pm on Thursday.