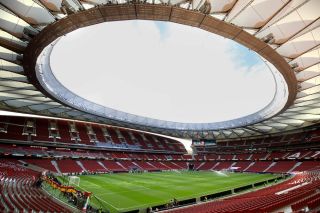 Liverpool and Tottenham supporter trusts have united to condemn profiteering by hotels and travel companies as well as ticket allocation and cost issues ahead of their Champions League final.

And UEFA have come  under further attack from Jurgen Klopp, who questions the sense of hosting the Europa League final in Baku, the capital of Azerbaijan.

The Premier League rivals clash at Atletico Madrid’s 67,800-capacity Wanda Metropolitano stadium on June 1 after staging stunning comebacks in the penultimate round.

But fans are dismayed at only 16,613 tickets being allotted to each club, while the rocketing cost of attending the match has also provoked anger.

“This has been a sensational European Champions League campaign for Tottenham and Liverpool,” the statement read.

“Fans of both clubs are now looking forward to what will be a special occasion in Madrid on 1 June.

“But our joy at reaching the final is tempered by the prices of travel, accommodation and tickets, and by the allocation of tickets.

“For many fans, this final is not a one-off event. It is the culmination of a journey that has seen fans spending thousands of pounds travelling to six cities in each club’s campaign, bringing the spectacle and atmosphere that is a key part of the product so prized by television. It is time to stop cashing in on fan loyalty.”

Klopp also objects to the opportunism of the travel industry, while rounding on UEFA for their selection of host city for the Europa League final.

“A solution maybe, in the cities who get the final, maybe they have to make a price cut? I heard a room that is normally £100 is now £2700? Just crazy!

The ticket allocations for the Europa League final are even smaller than for the Champions League showpiece as Arsenal and Chelsea completed a clean sweep of the continent’s top two competitions.

The clubs will only receive approximately 6,000 tickets for their final in Baku’s Olympic Stadium on May 29.

Arsenal have already insisted they are working with UEFA to gain a larger percentage of seats to add to the “disappointing ticket allocation”.

UEFA announced in February that 37,500 tickets for the Europa League final would go on sale to general public worldwide through their website. It is understood that the size of this figure is to prevent an empty stadium.

Apart from the allocation to the clubs, other tickets are given to the local organising committee, national associations, commercial partners and broadcasters and to serve the corporate hospitality programme.